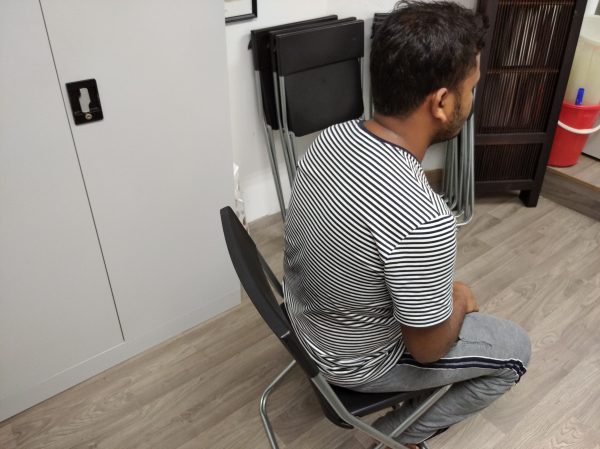 Mr Gir*, 23 years old, is going to be a father for the first time at the end of December. His 20-year-old wife is currently 9 months pregnant. Mr Gir informed us that his unborn son is currently in a breech position and his wife will be undergoing a caesarean surgery.

In order to escape poverty, Mr Gir came to Singapore in February this year to work as a construction worker, earning a salary of S$800 with overtime pay. On the 21st of May 2019, he suffered a work-related accident. Mr Gir informs us that he was on a ladder doing painting and while he was not given any safety equipment, his colleague was holding onto the ladder. He suffered a fall when his colleague left without informing him. Due to the impact of the fall and lack of safety equipment, he suffered injuries to his left shoulder and foot. He was hospitalised for 7 days and was given MC for 6 months. Mr Gir informed us that his company only paid him S$500 for his MC Wages, which was less than his 1 month of basic salary.

Ray of Hope would like to raise S$1,000 to defray the living expenses of his unborn son who is currently in a breech position. Mr Gir is expected to be in Singapore for the next few months while he awaits compensation from MOM. He is the sole breadwinner and as he is injured, please give hope to him, his wife and their unborn son!

* Name has been changed to protect the identity of Mr Gir

Take care brother, pray that your son will be born safely and you will be able to see him soon!

May everything turn out well :)

May you get well soon!