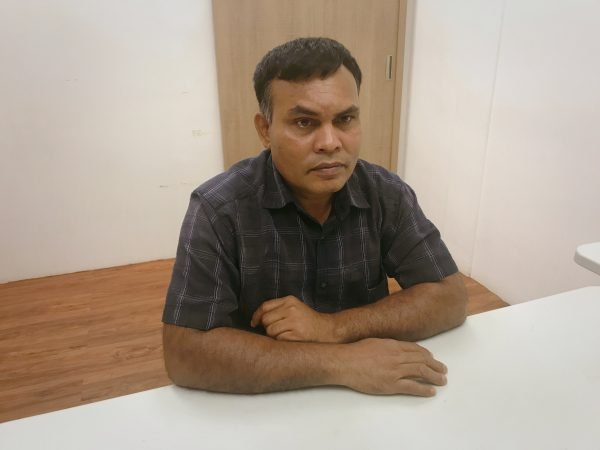 Zahidul, 44 years old, came to Singapore in January this year to work as construction worker. The helpless worker had no clue on what was happening when he was repeatedly told that there were no jobs for him even after paying the agent fees, and eventually sought help from his friends, only to discover that his work permit was cancelled just one day after he had received it from the agent. This left him in shock as the

Zahidul’s nightmare did not end after the shocking news. In March, the police raided the place where Zahidul was putting up at and he was brought to ICA. This left him greater shock as he was suddenly guilty of overstaying in Singapore. Although he was issued a special pass by the immigration authorities in view of his his circumstances, he is unable to work in Singapore while holding the special pass. In end May, Zahidul also suffered from a fall from the stairs at where he was staying, where he sustained injuries on his forehead, arms and ribcage. He was also hospitalized for two days, with no insurance coverage and the incident being non-work related.

For all that he has gone through, the 44-year-old was constantly blaming himself for his bad luck. But for all the debts that his family has been put through during this period, Zahidul was overwhelmed with guilt even though he was equally frustrated for being the unlucky one. Back home, Zahidul has a family of 7 including his elderly parents who have been borrowing money from their friends and relatives to make ends meet. Zahidul has 3 children aged 20, 13 and 9 years old.

When the case workers met Zahidul, he told us how helpless he feels now that the family is in a bad shape because of him.

Ray of Hope would like to raise $250 for Zahidul for his living expenses and so that he can send remittances home to his family.

*Ray of Hope case workers have cited medical documents provided by Zahidul. However, they will not be published.