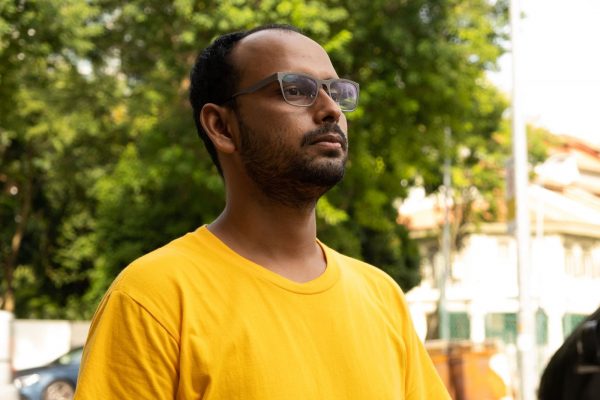 You are donating to Rahman Jiaur through Ray of Hope

Rahman is a Bangladeshi migrant worker who supports his family of 4 back home. His diabetic mother and three younger siblings are all dependent on him. He has been working in Singapore since 2017 as a General Construction Worker.

On 19th February 2020, a metal chip flew into Rahman’s cornea while working in a casting area. When he visited the clinic, he was given eye drops and a one day MC. However, his eye did not recover. He was then referred to the National Eye Centre a week after the accident, where the doctor recommended him to undergo a cornea transplant. Rahman had to pay S$1,000 in total out of his own pocket before his employer issued a LOG.

Before this incident, Rahman worked from 8 AM till 10 PM seven days a week to earn S$1,200 per month. He only takes off during public holidays to earn overtime wages to earn more income for his family back in Bangladesh. Unfortunately, his three younger siblings had to stop school due to the family’s financial constraints. Rahman’s family still has loans and arrears that have yet to be paid. As most of his salary goes to repaying his loans, Rahman is in distress as his outstanding loan is due for payment in November.

May Allah ease your affairs brother

We\'re with you, Rahman