27-year-old left helpless after his accident a year ago 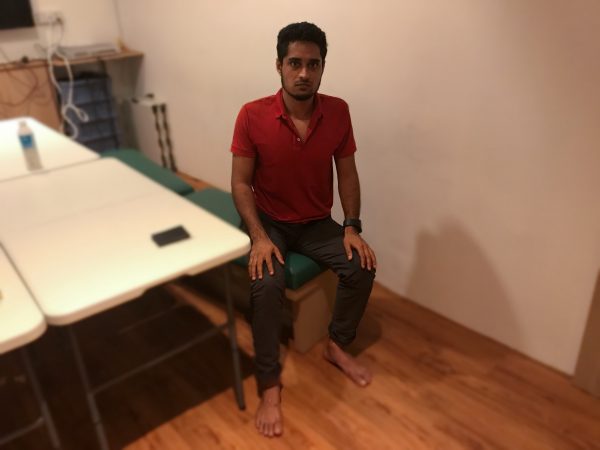 27-year-old Shakil came to Singapore with high hopes of improving the lives of his family in Bangladesh. The third child in his family, Shakil was blissfully engaged before an accident threw his life into disarray, leaving him completely helpless.

On the evening of April 26th last year, Shakil was working at the construction site when his employer informed him to take a dinner break. Famished and exhausted, he fell 2 floors while making his way down from the 8th floor. Clinging on to the electric cables that he was working with, Shakil landed on one side of his body before falling again on the other side. Shakil’s desperate cries for help went unheard as he was one of the few workers left at the site at that time; the rest had already headed down for dinner. Shakil rang his older brother, who was working in Singapore then, for help.

The pain from his fall was excruciating but Shakil could not seek help as most clinics nearby were closed by then. The diligent worker suffered from a neck fracture, swelling on his arms and an injury on his leg. But he was only sent to a clinic a couple of days after the accident as he naively thought that the pain would go away on its own. Shakil was given close to 3 months of medical leave from the hospital that his brother eventually took him to. To make matters worse, Shakil’s employer blamed him for visiting the hospital, and thus Shakil was no longer able to stay in the company dormitory where he was residing at.

Shakil was working from 8 am to 10 pm daily with only one rest day a week. The nature of his job requires full concentration and effort, yet he was given less than an hour break for his meals each day. Each month, he remitted the bulk of his S$800 salary (with overtime) back home for his family’s living expenses.

In order to pay for his agent fee of S$16,000, Shakil’s parents had mortgaged their home to the bank for S$8,000 and took up loans of S$6,000 from lenders. The lenders allegedly charged 8-10% interest each month. The family also exhausted their savings of S$2,000, which they had originally saved up for their daughter’s marriage.

When our case managers met Shakil, he confided in us that his family has cut off contact with him since he stopped sending money home. He is also on the verge of having his engagement broken off due to his injuries, and he still walks with a limp and struggles with pain in his body. Shakil is currently homeless, and only relies on fellow workers to take him in as and when they are able to.

Although Shakil has approached the Ministry of Manpower (MOM) to seek compensation from his employer, he understands that it will take months before MOM can respond. The helpless worker appeals for assistance so that he is able to remit some funds back and be able to have some living expenses while he awaits an outcome on his compensation claim.

Ray of Hope would like to raise $1,146 for the helpless migrant worker in view of his predicaments. The funds will be used for:

*Ray of Hope case workers have cited medical documents provided by Shakil. However, they will not be published as he is currently awaiting closure on his MOM compensation.