Verified by Ray of Hope Every campaign listed on the Ray of Hope platform goes through stringent verification. , started on 28/06/2022 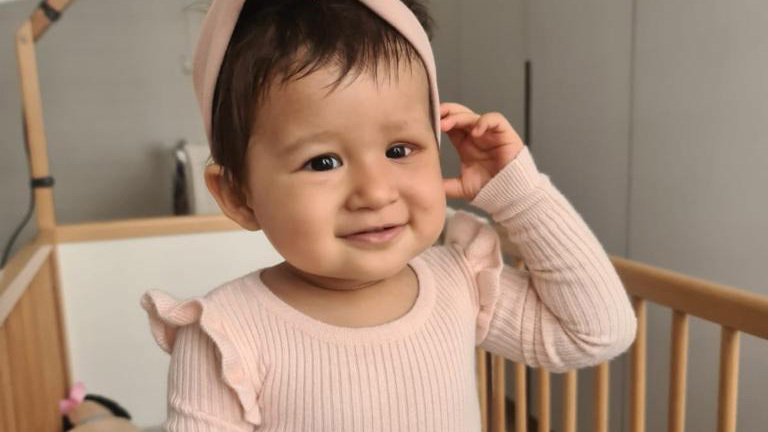 Verified by Ray of Hope Every campaign listed on the Ray of Hope platform goes through stringent verification. , started on 28/06/2022

Our beautiful baby, Aria Zhiruo Jesudasen, was just 7 months old when she was diagnosed with Parameningeal Alveolar Rhabdomyosarcoma (RMS) in July 2021. With Aria being so young, this cancer’s aggressive variant and the tumour’s adverse location make treatment exceedingly complicated.

Hospitals in Singapore are unable to treat a baby as young as Aria. Fortunately, Princess Máxima Center for Paediatric Oncology in the Netherlands can take Aria in and perform the highly specialised AMORE procedure on her. AMORE consists of Ablative surgery, MOulage technique brachytherapy and surgical REconstruction. Unfortunately, this treatment is extremely costly. In desperation, …

Our beautiful baby, Aria Zhiruo Jesudasen, was just 7 months old when she was diagnosed with Parameningeal Alveolar Rhabdomyosarcoma (RMS) in July 2021. With Aria being so young, this cancer’s aggressive variant and the tumour’s adverse location make treatment exceedingly complicated.

Hospitals in Singapore are unable to treat a baby as young as Aria. Fortunately, Princess Máxima Center for Paediatric Oncology in the Netherlands can take Aria in and perform the highly specialised AMORE procedure on her. AMORE consists of Ablative surgery, MOulage technique brachytherapy and surgical REconstruction. Unfortunately, this treatment is extremely costly. In desperation, we are appealing to the public to help cover Aria’s medical expenses in hopes she will beat cancer for good.

A naturally cheerful baby, Aria has miraculously remained in good spirits throughout her battle with cancer. On the other hand, we find it harder to keep our heads up on this long, dark journey—the worst nightmare imaginable for any parent. We will do absolutely anything in the world to help our baby girl, but we can’t do it alone.

Follow us on instagram (@AMOREforAria) to stay updated on our journey and please give whatever you can spare to Aria’s AMORE fund. We would be extremely grateful if you could also send this campaign as widely as you can across your networks. Every dollar, every share, counts in this urgent fight.

With love,
Ritvik, Elizabeth and Aria.

WHERE YOUR DONATION WILL GO

We used our savings, contributions from family and friends, and a limited amount of insurance to pay for Aria’s first treatment in Chennai. Unfortunately, we can no longer afford the AMORE treatment. We have exhausted all our financial resources.

We plan to allocate all donations as follows:

**Any excess funds on the family’s return to Singapore will be donated to a foundation or charity that supports cancer or children’s illnesses.

In July 2021, Aria was diagnosed with rhabdomyosarcoma, a rare soft tissue cancer that primarily affects children. “Parameningeal alveolar” means that the tumours are in places adjacent to the meninges (e.g. throat, middle ear, nasal cavity and other parts of the head).

Aria started chemotherapy the day after her diagnosis at Singapore’s KK Women’s and Children’s Hospital. Her treatment protocol called for nine chemotherapy cycles, with local control being performed after four cycles. For this local control, Aria required Proton Beam Therapy (PT), which is not offered in Singapore.

To carry out the PT, we had to relocate to Chennai, India, for two months in late 2021. The PT and its concurrent chemotherapy were highly stressful for us. Aria was subjected to general anaesthesia five days a week for almost two months. Throughout this time, she suffered the harmful effects of radiation. Still, we tried to remain optimistic.

Initial scans before and after PT looked encouraging, with only some minor thickening visible in scans. Aria returned to Singapore in late November 2021 to finish her remaining chemotherapy cycles and then started a lower-dosage “maintenance” chemotherapy that was supposed to last another six months.

Just 5 months later, in April 2022, we received unexpectedly devastating news: Routine scans had picked up a small growth near Aria’s initial tumour. A biopsy confirmed that Aria was suffering a local relapse of RMS. A relapse this soon after intensive treatment underscores the severity of Aria’s RMS. Local control will need to be much more aggressive to increase her chances of beating RMS. This would mean that Aria will lose her left eye and some of the surrounding tissue to boost her chance her chances at beating cancer.

Once again, no facility in Singapore can treat a patient of Aria’s age. So to save our child, we will have to bring Aria to Princess Máxima Center in Utrecht—Europe’s largest comprehensive childhood cancer center—for treatment with AMORE.

Aria was born in November 2020 and is a fun-loving girl with a mischievous sense of humour. She loves spending time outdoors around cats, dogs and other children. Some of her favourite activities are going to the Bird Park and enjoying the occasional swim at Changi Village. Aria also adores live music (and believes that the Wiggles are pretty much the greatest band to have ever existed)!

Aria’s cancer has been immeasurably challenging for our little family. Ritvik quit his job shortly after Aria’s initial diagnosis in 2021, finding the brutally strenuous schedule of medical appointments incompatible with regular work. I was also forced to cut back on my social work career, which saw me lending support every day to vulnerable families all around Singapore. Currently, we both spend most of every day caring for Aria, taking her to the hospital and trying to carve out some space for the outings and music she loves so much.

ABOUT THE AMORE PROTOCOL

AMORE stands for Ablative surgery, MOulage brachytherapy and surgical REconstruction. AMORE is considered the most promising treatment for paediatric head and neck rhabdomyosarcoma like Aria’s. From start to finish, the entire AMORE procedure takes 3-4 weeks.

The first surgery (AMORE1) involves the resection of the tumour (in Aria’s case, the region around the tumour that was excised during the biopsy in April 2022) and a margin around the site of the tumour. A mould with brachytherapy catheters will then be placed at the location. Following this, Aria will be transferred to a paediatric ICU for post-operative care.

Over the next three or four days, brachytherapy (radiation) is delivered at a brachytherapy unit (under sedation given Aria’s age) with imaging being performed concurrently to monitor the administration and progress of the treatment. Brachytherapy allows for the use of radiation while healthy tissue remains relatively spared, thanks to a sealed radiation source being placed directly into the site via catheters.

A week after the AMORE1 procedure, a second procedure (AMORE2) is performed to remove the brachytherapy mould. Aria will then undergo reconstructive surgery and afterwards be placed in recovery.

Aria, Elizabeth and I left Singapore for the Netherlands on the 12th of August. We had a big scare the day before when we went in for a routine round of Vincristine and Pentamidine at KKH which led to Aria developing a fever and putting the trip at a risk…… 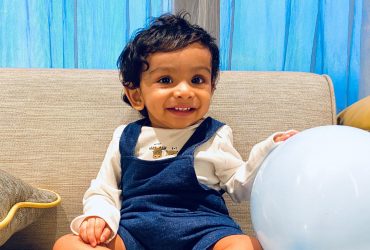 Baby Shamel wants a chance to walk and play, but he needs your help 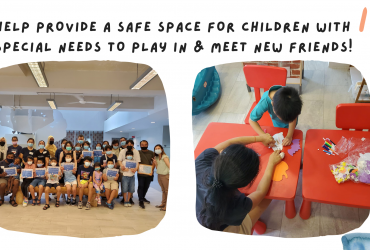 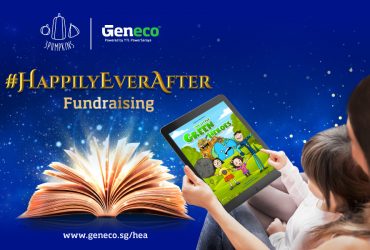 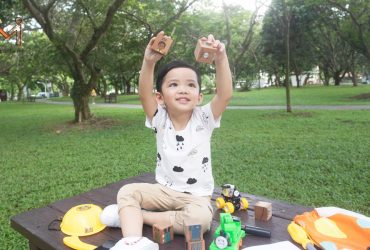 ABOUT RAY OF HOPE