Determined to turn over a new leaf for his family 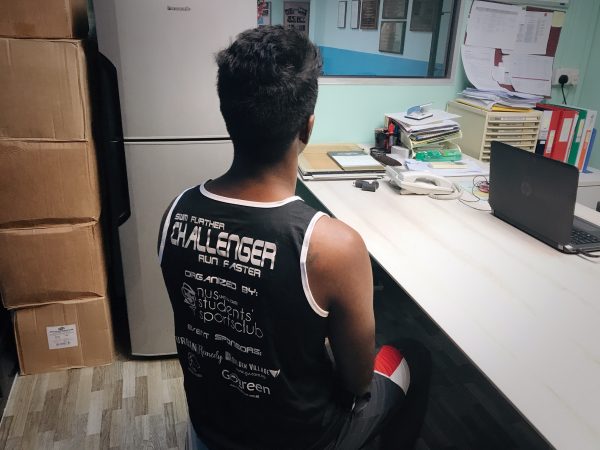 The 31-year-old had a bright career laid out ahead of him, as he aspired to be a personal trainer in a gym. Andrew used to work as a supervisor and earned a salary of $1,800, decent enough to support his family. Unfortunately, things went downhill from 2018 after a second encounter with drugs. His dreams and the plans came crashing when he took to drugs in an attempt to attain temporary relief from the stress from depression which he was diagnosed with since 2009.

Since his incarceration, Andrew admits that life has been an uphill battle, especially when he is constantly overwhelmed with guilt towards his grandparents and parents who have been the main caregivers to their big family.

Andrew has a big family, and it consists of his grandparents, parents, brother, sister-in-law, cousin as well as his two nephews and niece. Andrew’s younger sister, who is divorced, has completely left her 3 kids (9, 8 & 6) in the care of Andrew’s grandparents. Andrew told us how his family has been key in him wanting to change, “ They (his grandparents) are old and their health is deteriorating. They don’t have enough strength and energy to take care of my nephews and niece anymore.”

The 31-year-old told us that he has learnt that drugs are never the way to go because one always ends up living in regret. Since young, Andrew wanted to the child who would make his parents proud. The oldest among his siblings was also filial grandson to his grandfather (77 years old) and grandmother (67 years old). Looking back now, Andrew told us that he is deeply remorseful for his actions and that it was clearly a wrong choice that he has made, and hopes to make up to his family by turning over a new leaf.

You can give hope by donating to Andrew as he starts afresh. Ray of Hope is targeting to raise $900.00 ($300 x 3 months) for the purchase of NTUC vouchers for Andrew’s family. The financial aid that you will be giving will help the family of 11 with their groceries needs.

*Andrew is not receiving any public assistance as he is currently emplaced in the halfway house.

It’s not the end my dear Son . People make mistakes all the time . We learn and move on . Some of us will be your strength