Give hope to Mr M and his family back home 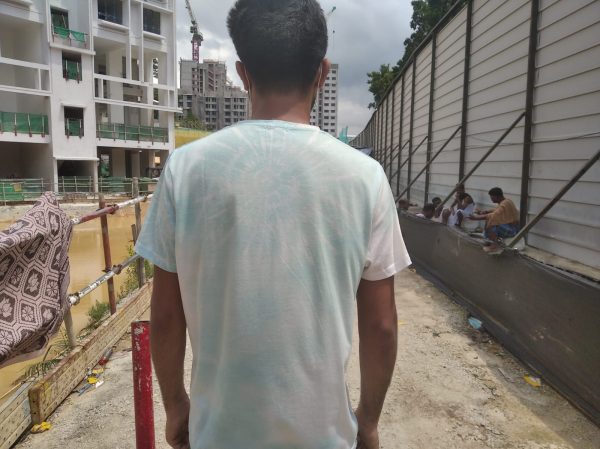 Minimum amount is $ Maximum amount is $
Campaign verified by Ray of Hope EVERY CAMPAIGN LISTED ON THE RAY OF HOPE PLATFORM GOES THROUGH STRINGENT VERIFICATION.
Help by sharing:

Mr M is an injured Migrant Worker in Singapore, supporting his wife and elder parents back home in Bangladesh. His brother and sister in Bangladesh were working previously, but have had to stop due to the Covid-19 situation in their country.

Mr M has worked in Singapore twice, the first time being in 2017. During his first stay in Singapore, Mr M’s monthly income was only $500 then and he would send $250 a month back home to his family. In his second year of work, his employer demanded him to pay $4,000 to renew his work permit. He managed to pay the full amount from his savings and by borrowing some from from his family. After his contract ended, he returned to Bangladesh.

Prior to working in Singapore for the first time, Mr M paid a hefty sum of $14,000 in agent fees, using money he borrowed from family and friends back in Bangladesh.

In August 2019, Mr M returned to Singapore with hopes of a better income so that he could provide for his family and repay his debts. His second company promised a monthly income of $700. He was required to pay $6,300 in agent fees before he could start work. He was already heavily in debt but had no choice, Mr M took up a bank loan of $4,500 and borrowed $1,000 from friends to allow him to work in Singapore.

3 months into working for his second company, he sustained a work injury on 11th November 2019. He was dismantling a metal frame at the construction site when it accidentally fell onto him, knocking him unconscious. He suffered head and back injuries. A co-worker spotted him and he was brought to Novena Clinic where he required 6 stitches to close the wound.

A week later, he had persistent pain in his back and legs and was brought back to Changi General Hospital where he was admitted for 4 days. Further scans showed that he required surgery for his back injury. However, Mr M declined surgical intervention as he was worried that he might not get a chance to work again – he still needs to support his family and repay his debts. He wanted to resume work quickly.

Since November 2019, Mr M has been declared unfit to work due to his back injury. He also has partial memory loss and does not recall much about the accident.  For 7 months, his employer has been delaying and refuses to pay his MC wages (7 months of medical leave). He has sought help from MOM 3 months ago but has not heard anything from them yet. He still experiences back pain and is attending follow-ups at CGH for his back injury. Mr M has not had his official assessment as yet.

With no source of income and unpaid MC wages, Mr M is in distress. His family has been hit hard by the impact of Covid-19 as his brother and sister are unable to work due to the public health situation in Bangladesh. They do not have enough money for their meals. The family is also being harassed by creditors, which adds on to Mr M’s worries.

Ray of Hope would like to raise S$2,600 ($650 x 4 months) to help Mr M and his family due to the loss of income. This will support them for 4 months and allow Mr M to send some money back home to his family.

Must also seek recourse from other ways - eg insurance claims , employers’ compensation etc to get treatment to recover.

Please help with any amount.