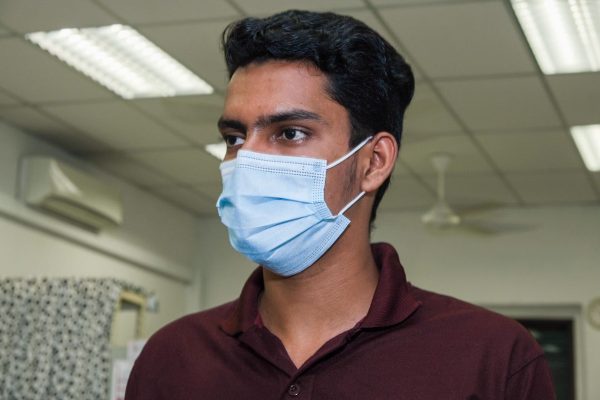 At the young age of 20, Hasan came to Singapore in April 2019 to work in the cleaning industry. Hasan came to Singapore after paying $11,000 of agent fee by taking up personal loans from money lenders in Bangladesh. As of December 2020, he has paid $6,000 of the amount back. However, he has yet to pay the remaining $5,000. He earned a basic salary of $450 and remits $300 of his salary to support his family and to repay his loans in Bangladesh. His family consists of his mother and 2 school-going siblings.

Hasan’s safety officer and supervisor bought him to a company clinic and he was treated there. The clinic also issued him one day of MC. However, the pain persisted and he want to the hospital A&E where he was warded for two nights. The accident resulted in Hasan injuring his ankle, back and left hand. Till this day, Hasan also experience pain in his eye when under direct light and this has affected his eyesight significantly. Due to his injury, he is not allowed to work and is now not able to remit money home.

Hasan shared that the financial pressure is too much for him to bear. The debt collectors have harassed his family almost everyday. His family has been threatened with forced eviction of their home property and Hasan has no back-up plan to repay the debt collectors.

Press on help on the way Merit pass to godma mnp , my wife , mum , shifu and Natuk gong