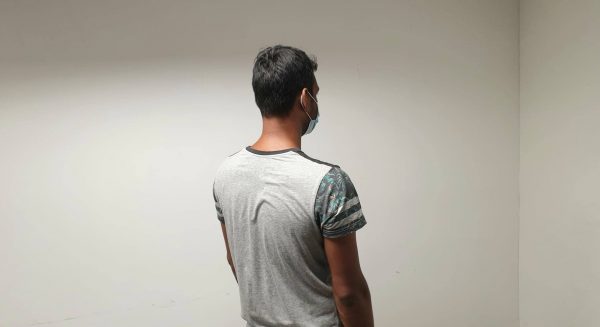 You are donating to Sharif (SH*) through Ray of Hope

Update: Since 12 December 2019, despite his utmost efforts, Mr. SH had been unsuccessful in getting re-employed in Singapore during the COVID-19 pandemic. Over the past 1 year, he has been borrowing money from friends and receiving help from HealthServe and TWC2; he also registered for 2 new loans in Bangladesh to pay off the older overdue loans. The loans amount to 8 lakhs BDT (~12,800 SGD), excluding interest owed. On 2 Nov 2020, Mr. SH received 3,000 SGD as settlement for his salary claim and has been repatriated on 19 November 2020. As a sole breadwinner, he is appealing for help from donors to manage the loan payments and his family’s expenses while he focuses on retraining for a new livelihood in Bangladesh.

Mr SH moved to Singapore for the 4th time on July 7th 2019 after paying $4,200 in agent fee (now $5500 with interest). Mr. SH is from Bangladesh and is currently taking care of his whole family including his 12 year old daughter and a 16 month old son, his wife, father, mother, 14 year old sister, and grandfather. His daughter had to stop school and his baby son has not been able to have milk in a long time. He is the sole breadwinner of his family.

In November 2019, after his employer hadn’t paid him his last 4 months of salary, he asked for a transfer. His boss said okay to transfer and settle his salary but never provided a letter of transfer or salary.

In December he went to MOM to report that he had not been paid in over 4 months. There were 25 people in his company and as of that date, none of them had been paid. The other 24 men had all gone home with their insurance money of $1,500. Mr. SH has said he would rather go to jail then go back home (due to all his agent fees and that he has not provided for his family in a year).

He started his case with TADM on 12th December 2019. He asked for his salary owed, $5500, but his employer refused and said he would only pay $3000. Mr. SH accepted this, and they both signed and agreed that the employer would pay him $750 every month for 4 months. Mr. SH never saw any of this money. Later he had another meeting with TADM in mid-January to discuss another deal. His employer wanted only to pay him $600, but Mr. SH did not sign the salary agreement drafted by TADM. Till today, he has still not received a cent of his salary.

On January 2nd, the company closed, and all their work permits were canceled on the 3rd of January. MOM said that they couldn’t help him because the company closed down already. On the 24th of February, his boss sent him a voice note telling him to move out. He has been staying on his own for the last 5 months.

Over the last few months, Mr. SH has been borrowing money from friends (around $900) and receiving help from 2 other non-profit groups.

Ray of Hope would like to help Mr. SH by raising $2,750 for him and his family for 5 months. $550 a month will be used to cover his rent in Singapore ($250 a month) and also his daughter’s school fees in Bangladesh ($300 a month) for the next 5 months while he tries to resolve his salary dispute or find new employment. We hope that Mr. SH will be able to find a job soon despite the Covid-19 situation.

May God help this gentleman as donors open their hearts. Pray that his case will be resolved soon.

Please stay strong and don\'t give up hope.

be strong for yr family brother! hope our donation will ease you a bit..

I am truly sorry for all that you\'ve gone through. I pray that God will open the doors for you to seek for your livelihood with ease and grant abundance in your sustenance. I hope my contribution can help even just a little bit.