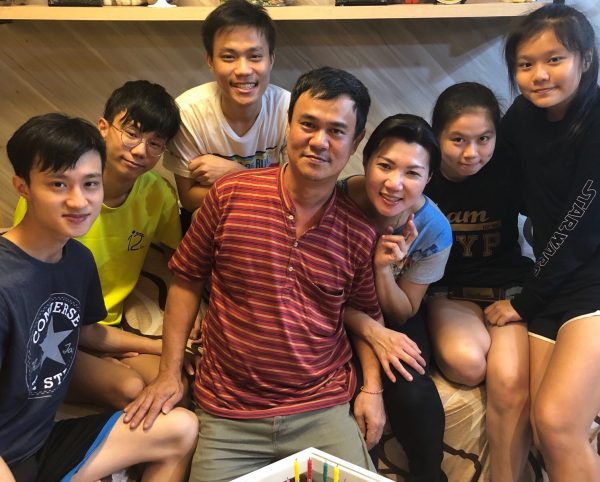 Ray of Hope has previously assisted Mr Lee and Mdm See with their children’s school allowances. The case workers recently met the couple and they are requesting for another round of assistance. Mr Lee shared with us that although the family was receiving assistance from multiple agencies totaling to about $1,300 ($200 NTUC vouchers and $1,100 cash), the amount is insufficient with so many mouths to feed in the household.

With Mr Lee permanently unfit for work, Mdm See is only able to sustain an income by taking on part-time income when she has 4 school-going children aged between 15-21. Mdm See is currently earning between $550 to $600 a month as a part-time cashier. The couple’s eldest son has recently started working and schooling part-time. However, the school expenses and the family’s groceries expenses still remain as a huge worry for the couple who are trying their best to work their way out, simply out of love for their children.

Two of their children suffer from multiple medical conditions. Their 24-year-old son is diagnosed with mitral valve prolapse and mild mitral regurgitation, while their 16-year-old son has Nephrotic Syndrome, Marfan Syndrome, Swyer James Syndrome, cognitive tissue disease on top of his asthma. Due to his condition, he is put on a special high-protein diet consisting of fish and meat, which has inevitably exceeded the family’s budget. The devoted and loving father once told us that there were times when he had to borrow money from his close friends, just so he could put food on the table for his family.

With a huge financial burden resting on their shoulders, Mr Lee and Madam See shared with us that there are times when they feel extremely helpless about their situation, especially when Madam See is the only one supporting the family. The family’s SSO assistance ($600) is ending in April, which the assistance from another agency ended this month.

With some of their assistance schemes ending, Mr Lee is appealing for interim assistance during this period while his assistance is being renewed.