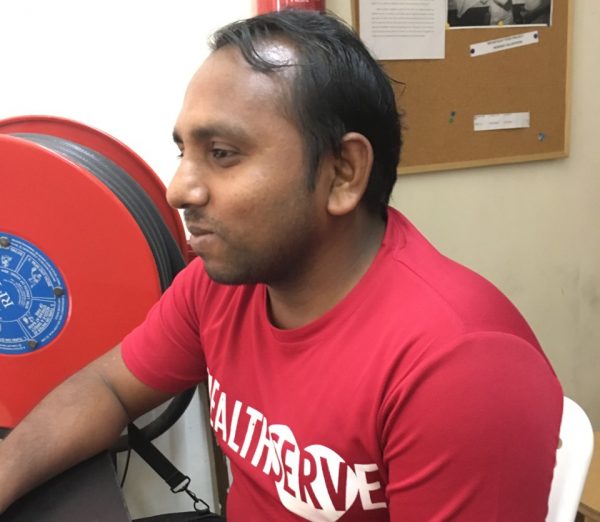 In November 2017, Mr S fell from a ladder while varnishing cabinets. The ladder he was using was faulty and he had informed his supervisor, but nothing was done. The support eventually failed and he fell on sharp objects injuring his right eye and lower back. The knife he was using while on the ladder had also cut his left thumb. First Aid was performed and he was taken to a doctor where he was given an MC and medication. His supervisor took his Work Permit and was uncontactable for days while Mr S was in pain. He went to Tan Tock Seng Hospital for the eye pain and was recommended a 4 to 5-month treatment. He was asked to leave his dormitory after 4 months as his employer had stopped paying his rent. He ended up living in a Bin Centre where he contracted Dengue Fever and was admitted to the hospital for 5 days.

Mr S is still owed $8,000 in MC Wages and $712 in reimbursement of his medical bills from his employer. His employer also failed to provide accommodation (after 4months), food and living expenses, all of which are required. He is awaiting his MOM Disability Compensation.

He has debts in Bangladesh from the time he paid to come to Singapore to work. His wife also has a kidney problem and he is unable to support his child attending school. His family’s living expenses in Bangladesh amount to a minimum of $200 a month due to his child’s education and his wife medication, as well as their meal expenses.

Ray of Hope is raising $800 ($200 x 4 months) to support Mr S’s family’s living expenses in Bangladesh while he settles his Compensation in Singapore. He is currently on a Special Pass and is unable to work in Singapore.