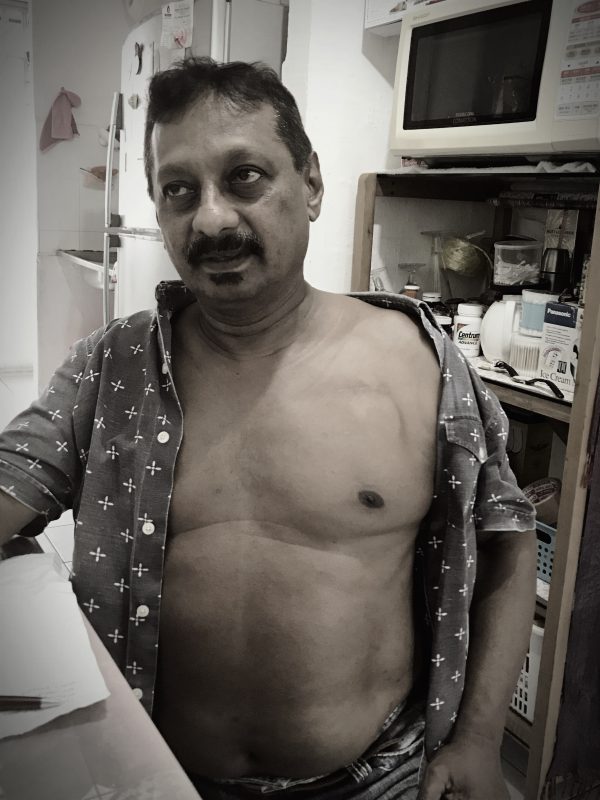 Mr Roger used to work in the business logistics industry more than 10 years ago and was able to support himself financially. After he was diagnosed with a long list of medical conditions, the 59-year-old was unable to continue working. The father of two suffers from ischemic cardiomyopathy, hypertension, hyperlipidemia, diabetes, cataract on top of the stroke and heart attack he suffered about 7 years back. He also has an Implantable Cardioverter Defibrillator (ICD) implanted in him.

Mr Roger has two daughters back in the Philippines and are currently cared for by their mum who does not hold a Singapore citizenship. As such, Mr Roger has been living apart from his family for numerous years.

The husband feels helpless about his current situation, especially when he has been certified unfit for work permanently. Without an income, what is he going to survive on, let alone to continue to support his family? This was one of the numerous questions that Mr Roger had. Mr Roger is also unable to receive any CPF monies from his retirement account as he is currently under the withdrawal age. Despite his struggles, he was unwilling to share his worries with his family when they too, are struggling to get by life.

ROHI would like to raise $865 to help Mr Roger with his housing and utilities arrears. Payment will be made directly to HDB and SP Services.