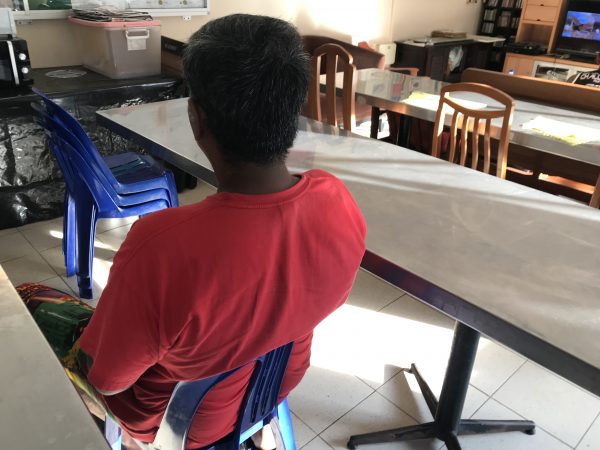 Mr Vanan*, 41 years old, is currently serving the remaining part of his sentence at a halfway house due to narcotics offences. When we met Mr Vanan, he spoke of his deep regret as this was his first narcotics offence. He is not married and is caring for two elderly parents. His father is 69 years old and his mother is 67 years old. In order to upgrade himself, he will be attending a culinary course on August 2019 and wishes to start a small food stall with his parents once he has completed his sentence.

Mr Vanan deeply worries for his parent’s wellbeing. Before he was incarcerated, he was holding steady employment and was able to provide his elderly parents with a comfortable life. His friends have been supporting them while Mr Vanan was incarcerated. After his culinary course ends, Mr Vanan will be finding employment in order to support his parents.

Please help Mdm Vanan and his elderly parents. As this is his first narcotics offence, he is determined to turn over a new leaf. Mr Vanan eventually wishes to open a small food stall with his parents and will be attending a culinary course soon to upgrade himself.