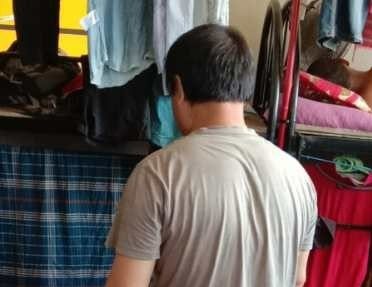 Minimum amount is $ Maximum amount is $
Campaign verified by Ray of Hope EVERY CAMPAIGN LISTED ON THE RAY OF HOPE PLATFORM GOES THROUGH STRINGENT VERIFICATION.
Help by sharing:

WQ is a Chinese Migrant Worker currently living in a dorm in Singapore. He supports his elderly father, wife and daughter back home. When he was working, he would earn approximately $2,000 a month and would remit most of it back to his family.

WQ is currently awaiting a medical follow up for his injury and back pain since March. He has been unable to sleep and suffers from body pains since his injury. He is unsure of when his medical appointment will be. He has not received his MC wages for the last two months from his employer and they are not providing him with any assistance.

WQ also has traffic offences against him. He was pressurised to drive for his employers on top of his regular duties. He would drive the workers from one location to another in a van. In 2019, while driving, his employers were calling him incessantly and he was caught and given traffic fine. WQ is worried that he may have to pay fines up to $5,000 or go to jail. The traffic offences were committed before his injury.

On 2 May, he was informed that his wife needs to go for surgery as her doctor found a tumour in her uterus. He desperately wants to return home, but due to COVID-19, he cannot leave the dormitory or Singapore. He hasn’t informed his family about his injury and traffic offences. He is feeling depressed as he cannot send money home now and the surgery would cost roughly $20,000

Ray of Hope would like to raise $1,500 for WQ. This will help him with his living expenses for 3 months ($500 a month) and allow him to send some money home to his family.

May the Lord bless you and carry you through this difficult time.

Will pray for you, God bless you and remember Jesus loves you.

Any amount would help so please help everyone. Thank you.