Helpless father of 2 struggles with depression 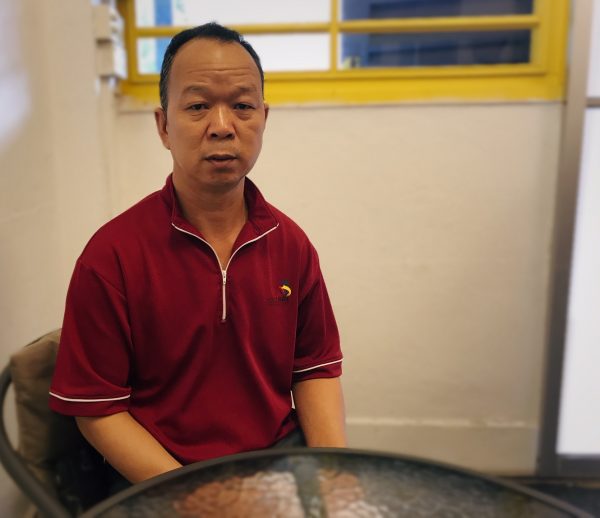 Mr Qiao was the sole breadwinner of his family and worked hard in hope of providing the best for his family back home in China. Unfortunately, he sustained injuries after a workplace accident. The accident took place on 26th January 2019 when Mr Qiao’s left thumb was cut by the circular cutter that he was operating. The accident has now affected the bending of his thumb, and this hinders him in his daily work at the construction site. The 47-year-old was given months of medical leave, but only received about S$4,000 of basic pay and MC wages from his employer, which was lesser than what he was entitled to.

Mr Qiao used to earn about S$1,800 a month without overtime and was able to remit the bulk of his pay home to his family and for his children’s school fees. He has two school-going children age 21 and 11 years old. His 21-year-old daughter is currently attending university and his 11-year-old son is attending primary school. Mr Qiao’s wife suffers from some form of mental illness and is unable to work to support the family, including his elderly father after his mum passed away many years back.

The accident has left Mr Qiao desponded and disheartened about how his family’s future will be while he is still recovering. Mr Qiao is also struggling with depression himself. Despite the emotional pain that he is going through, Mr Qiao still harbours high hopes of recovery so that he can continue working one day to support his family.

Mr Qiao’s meals are currently partially provided for by a migrant worker advocacy organisation. Since his accident, Yu Chang has approached the Ministry of Manpower (MOM) to seek compensation from his employer, and he understands that it will take months before MOM reverts to him with an answer.

Hence, ROHI wishes to raise S$750 ($250 x 3 months) to defray Mr Qiao’s living expenses while he waits for the outcome of his compensation by MOM. Your donations would give hope to a helpless man who used to be the sole breadwinner of his family!

*Ray of Hope case workers have cited medical documents provided by Mr Qiao. However, they will not be published as he is currently awaiting closure on his MOM compensation.