“I am 51 but I don’t know how to write my name. I want my kids to be successful and not like me.” 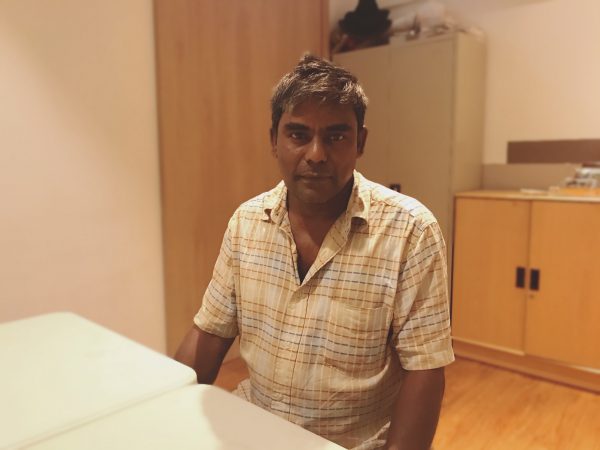 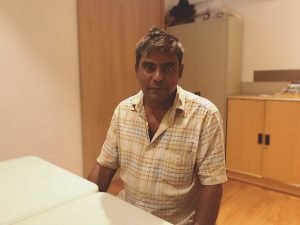 Rob Abdul has worked as a general worker with this construction company in Singapore for 14 long years. He was a dedicated worker but in February this year, the ceiling he was working on came crashing down together with the adjacent wall. Concrete pieces and ceiling slabs dropped all over him, leaving him with injuries on his chest, elbow and knee. After this happened, the boss and supervisor allegedly tried to sweet-talk him into leaving Singapore for his homeland, telling him to recuperate back home and when he’s well he can come back to work.

Even though Rob has been in Singapore since 1996, his last drawn pay was about $1000, and this was with overtime. Most months, he spent about $250 on food, phone cards and MRT top-ups here. The rest he sent home to his wife who use the money for his four children (22, 18, 14 & 4). The eldest is still studying in college and the youngest is just 4 years old.

Rob is currently undergoing counselling as well as treatment (TCM and physiotherapy) offered by a migrant worker advocacy organisation for his back injuries. He also suffers from hypertension. The future seems bleak for Rob when he does not know who to seek help from and how long he needs to wait before he receives any form of compensation for his injuries.

At 51, the likelihood of Rob coming back to work isn’t optimal as the cut-off age for workers here is 50 years old. Like many other older migrant workers, the man who was the sole breadwinner of his family could only suffer the mental anguish of being unable to make money silently. But like most fathers, Rob hopes to be able to see his 3 school-going children through their education so that they do not need to live in poverty for the rest of their lives.

*Ray of Hope case workers have cited medical documents provided by Rob. However, they will not be published as he is currently seeking recourse with MOM.

Dear Rob, Thank you for coming to Singapore to help to build it up for me and my people. I really admire your sacrificial love in giving up your homeland and time with family for so many years. I hope you remember that your labour is not in vain, and one day you will be able to be reunited with your family again soon. I pray that you will be healed and can continue to work to support your lovely family, and that they too are growing up well. You are very much loved and precious, and your hardwork and dedication to providing for your family is to be admired. I hope your children grow up to be like you in the spirit of determination and perseverance, and may you be greatly blessed by them. You remind my of my dad, and I am the same age as your eldest in college so I really hope this amount will help you remember that there are people who love and care for you and don\'t give up!

Thank you for your years of service in Singapore! May God provide for you & your family in every way.

Your love for your children is inspiring. All the best and stay happy! Hold on to Hope! Gos bless you and your family.

Get well soon! May God bless you & your family.