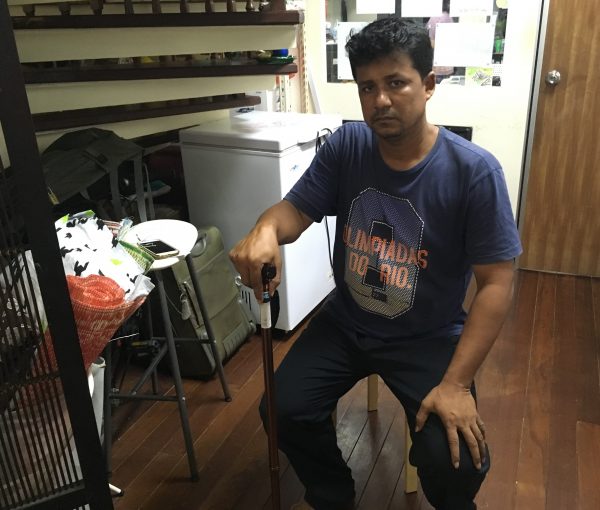 Ray of Hope’s initial fundraiser was for S$700 which was fully raised on the 24th of March 2019. Mr Mizanur has recently informed us that his employer made him choose between receiving his salary and compensation or going for the operation to correct his spine. For close to 10 months, Mr Mizanur walked with a dropped foot, dragging his leg as he walked. He was unable to go for surgery to correct his spine as his employers refused to give a Letter of Guarantee to the hospital. Mr Mizanur with a very heavy heart chose the operation instead as he has no financial means to undergo operation in Bangladesh and the hospitals in his village does not have the equipment and skills to operate on his spine. Mr Mizanur feels that it is extremely unfair that he was made to choose as both are his right. He will now be going home on the 4th of April without any compensation. Therefore, the fundraiser has been extended for another S$1,000 to defray his family’s living expenses for a year while he recuperates from his operation in his hometown in Bangladesh. Please give hope to Mr Mizanur as he will not be receiving any compensation.

Mr Mizanur, 35 years old, is a father to two sons age 3 and 5 years old. He is also the sole breadwinner to his 55-year-old mother and two teenage sisters who are 15 and 18 years old. He comes from a small and rural village in Bangladesh where there is no job opportunity besides farming. In order to escape crippling poverty and to provide a better life for his two sons, he took a bank loan of nearly S$8,000 so that he would be able to work in Singapore as a construction worker.

Life as a construction worker in Singapore was difficult. The job was physically demanding, and Mr Mizanur toiled under the hot sun for 6 days a week working for 12 hours a day in order to bring home a salary of S$700 a month. He remitted more than three quarter of his salary home, keeping some money aside to purchase handphone top up so that he can remain in contact with his family.

On the 19th of May 2018, Mr Mizanur was dismantling metal when he felt an extremely sharp pain which he describes as having intense electricity shocks all over his body. Due to the extreme pain, he lost his footing and fell backwards, severely injuring his back and left leg. He was sent unaccompanied to a government hospital and he was not warded. Instead, he was given painkillers and was sent back to his dorm. 5 days later, on the 24th of May 2018, when he could no longer tolerate the pain, he went to a different government hospital where he was told he needed surgery to correct his spine. His company however, refused to give the hospital a Letter of Guarantee (LOG) as they did not want to pay for his surgery even though it was a workplace related accident.

Ray of Hope’s case managers met Mr Mizanur on the 11th of December 2018. When we saw Mr Mizanur, he was walking with a dropped left foot, dragging his left foot as he walks. He told us with tears in his eyes that due to his company’s refusal to sponsor his surgery, his spinal injuries deteriorated, and he is unable to walk well. Mr Mizanur also informs us that his past few hospital visits were paid for by him and not his company. He had to resort to borrowing from his fellow construction workers to pay for doctor’s consultations.

Mr Mizanur has also not been paid his MC Wages and as he has been unable to work, he receives no salary. He has not been sending money back home to his family and they have been struggling to get by.

Two days after we met Mr Mizanur in December 2018, he informed us that his company will finally be sponsoring his surgery and asked us to put his application on hold. We received a call from him in the beginning of March this year where he finally had his long overdue surgery to correct his spine. His recovery is long, and doctors have informed him that it is unlikely he is able to work in the construction sector. He worries greatly for his family as he is still owned MC Wages and his Workman Compensation is still under process.

During this difficult period, Ray of Hope would like to raise S$700 to defray his family’s expenses for three months while he awaits compensation from MOM. Please give hope to Mr Mizanur while he recuperates from his spinal surgery. His family in Bangladesh is struggling to get by and your donation will mean a lot to them! 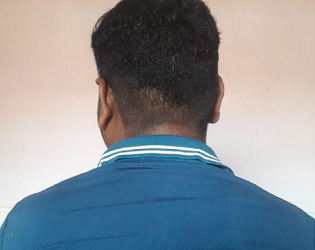