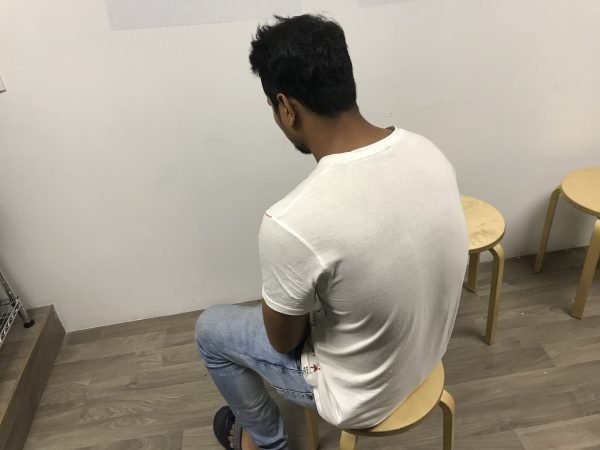 Mr M.R, 30-years-old, comes from a rural village in Bangladesh where he and his family lives in poverty. His father passed away 15 years ago, and since then he has been the head of the household. In order to provide a better life for his family, he took a bank loan of nearly S$6,000 to work as a construction worker in Singapore.

He has been in Singapore since July 2019 and works long hours earning a salary of just S$950 per month with overtime pay. On the 2nd of September 2019, he was tasked to hack a wall in a confined room alone. He was hacking a wall on top of a table, 1 meter from the ground. Mr M.R was informed that the table was secured in place and therefore, safe.

While hacking the wall, the machine that he was holding slipped from his hands and he fell to the ground and the impact he received from the fall was great. He was unable to move, and it was an excruciating hour or so when a fellow worker spotted him lying on the floor.

He was not sent to the hospital or a clinic and instead, his safety supervisor sent him back to the dorm. The pain became unbearable throughout the night and he asked to be sent to a hospital, but his request was rejected. It was only the next day where he borrowed money from a friend, and he went to the hospital for treatment.

Mr M. R’s MC wages has not been paid and the company refuses to pay for his medical treatments. Back home in Bangladesh his family is struggling without any financial aid. His younger sister, who is only 17 years old, recently had a stroke at home and fell. She is currently paralyzed on the right side. Due to the stroke, her right eye was also affected, and she is now unable to open her right eye as her cornea is detached. She requires ongoing medical treatment. 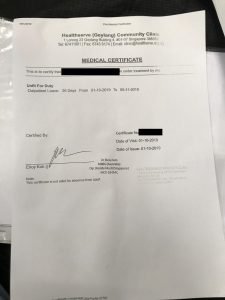 Ray of Hope would like to raise S$1,000 (S$250 x 4 months) to defray Mr M. R’s family’s living expenses in Bangladesh while he awaits compensation from MOM.

* Name has been changed to protect Mr M. R’s identity