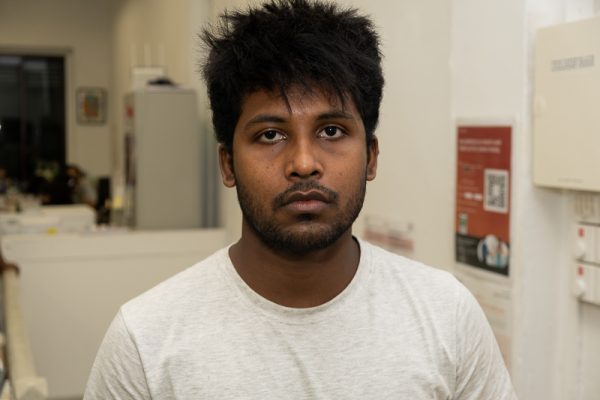 Like most foreign workers who came to Singapore to work, Jakat had high hopes of improving the lives of his family who were living in poverty back home in Bangladesh. Unfortunately, his dream and plans came to a halt when he was involved in a workplace accident on 5 June 2019.

The accident took place when the 27-year-old fell while he was at work, resulting Jakat to injure his leg. He was sent to a clinic where he received treatment and was supposed to be issued 15 days of MC. However, his safety officer insisted that he return to work and Jakat was only given 1 day of MC. As the pain persisted, Jakat went to a hospital by himself and was given 30 days of MC. He was informed by the doctor that he may require to undergo operation and physiotherapy.

Jakat used to earn up to $650 a month with overtime. As the oldest son in his family, he feels responsible for supporting his family of three back in Bangladesh. His family consist of his mother and two younger siblings. His 22-year-old sister has recently stopped schooling while his youngest brother is working ad-hoc jobs, earning around $80-$100 per month.

Jakat is under tremendous stress as he has not been able to send much money home to his family, nor to repay the bank for the remaining $2,000 debt that he owes them due to the agent’s fee that he had to pay. The helpless worker appeals for assistance so that he is able to remit some funds back and have some living expenses while he awaits his medical review.

Ray of Hope would like to support Jakat by raising $2,800 to help the injured worker and his family. The funds raised would help with their living expenses for 4 months ($700 x 4 months).

Hi bro, you are doing great and well, stay tough and healthy!

God Bless. He is with you always.

Stay strong. You are loved.