Sole breadwinner of two children struggles after an accident 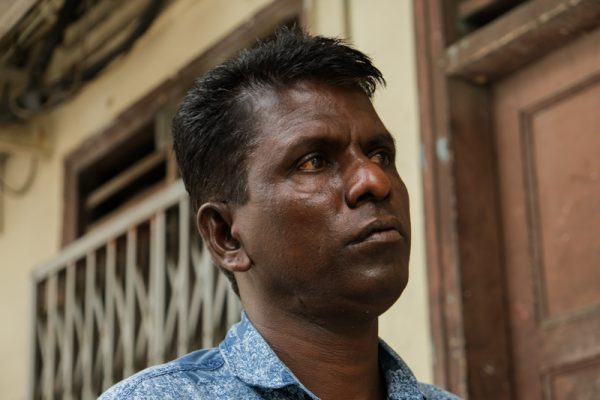 Jesu, 49 years old, is a father of two children working as a Class 3 Driver in Singapore. Back in India, he has to care for his two elderly parents, wife and two children, who are still in school. Jesu came to Singapore in 2006 in hopes of improving his family’s quality of life.

However, things took a turn when Jesu met with an accident on 27 February 2020. His foot was trapped in between large slabs of metal plates at his office workshop. At the time of the incident, he was wearing his sandals as his company has not issued the workers their replacement safety boots. There was a cut on his toe on the day of the accident but it turned septic black when he reached the hospital. Hence, his toe had to be amputated and the hospital certified him as unfit for work for 2.5 months.

Jesu informed us that he has received his MC wages of S$1926. He has remitted the money back home as he still needed to support his family despite his injury. However, his family has no means of repaying their loans and struggles to make ends meet, now that they have lost their sole breadwinner. With Jesu’s age, it is also unlikely that he would be able to allowed to return to Singapore for new employment. Ray of Hope would like to raise S$3000 (S$750 x 4 months) to defray Jesu’s rent and his family expenses in India. Please give hope to Jesu as he and his family are going through a very difficult time.

You are not alone !!