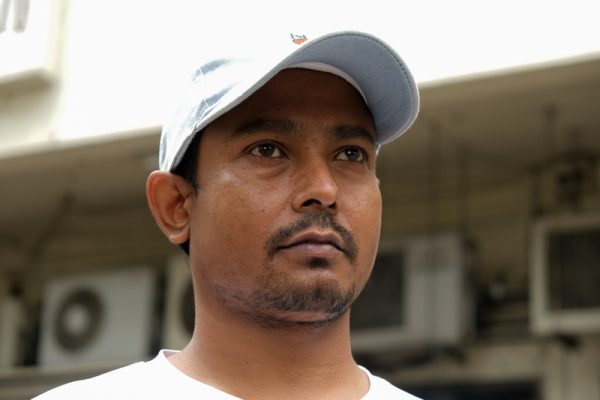 Khayer, 37 years old, was employed as a General Worker in the construction industry. Khayer left Bangladesh in 2013 to help support his mother who suffers from hypertension, two brothers, his wife and two schooling sons aged 15 and 5 respectively.

Khayer has worked with multiple construction companies in Singapore. Seven days after he was sent to a new company, he met with an accident on 14 November 2019. It was raining heavily and Khayer had to carry building materials from a temporary shelter. While walking down an open and exposed exterior staircase, he slipped on the wet steps. He fell and injured his back and left knee. His employer was informed but no action was taken. Due to the unbearable pain, Khayer went to seek medical treatment at the polyclinic alone and was given 4 days of medical leave. Khayer has yet to complete his MRI scan as he did not receive approval from his employer. In addition, his employer did not pay him his MC wages of S$846.

It had been a very long and painful year for Khayer. He earns close to $900 a month, where the bulk of his salary would be remitted back home for his family’s living expenses while he kept a small amount for his monthly expenses here. He currently has an outstanding debt of $6600 borrowed from his friends and the bank in Bangladesh.

Hence, Ray of Hope would like to raise $3000 ($750 x 4 months) for Khayer’s living expenses so that he can continue sending some money back home to his family as well. Your donations would give hope to Khayer and his family! 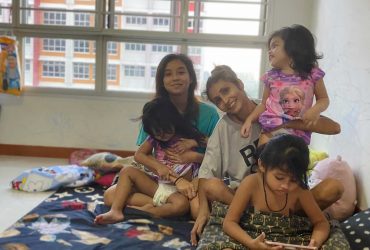