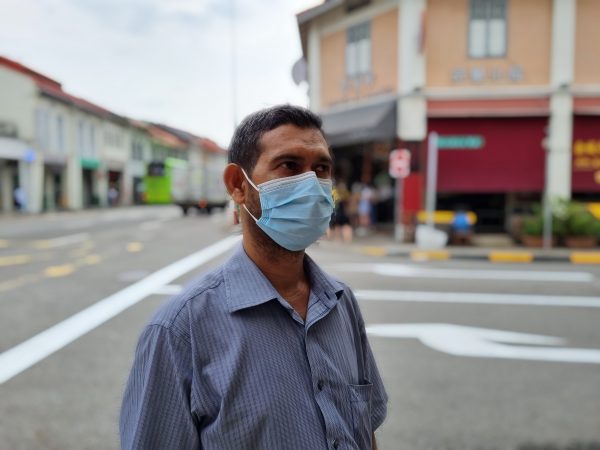 Kibria was employed as a general construction worker and had worked for three months before the accident. On 20 July 2019, the 49-year-old was transferring heavy planks when he accidently missed his footing and fell while he was at work. This resulted in Kibria injuring his neck, back and right knee. He was eventually given three months of MC. However, his employer has yet to give him his MC Wages of $500 per month. Despite being treated in the hospital for his injury, Kibria still experiences pain in his spine and is only able to do light duty even till today.

Back home in Bangladesh, Kibria was supporting his two elderly parents, his wife and two school-going children aged 15 and 20. He was also supporting his younger sister and her two sons. As the main provider, he worries constantly about providing support for his family, especially because he has sent nothing substantial home since the accident. He also has to bear the burden of his ongoing $3,000 debt. He incurred the debt when he had to borrow money from his relatives for the agent’s fees to come work in Singapore. In addition to his $3,000 debt, Kibria has been borrowing money from his relatives and friends to support his family since the accident. In total, he has accumulated almost $13,000 in debt.

Ray of Hope would like to support Kibria by raising $2,100 to help the injured worker and his family. The funds raised would help with their living expenses for 3 months ($700 x 3 months).