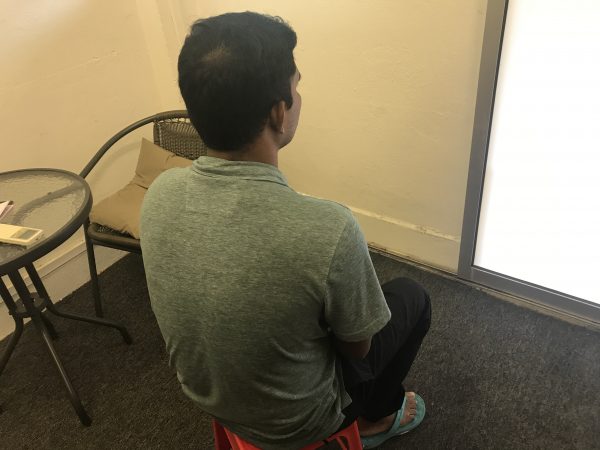 Mr A* is a 30-year-old construction worker from a rural village in Bangladesh. His father passed away a few years ago and it was up to him to provide for the family. Due to crippling poverty and unable to find employment besides farming, Mr A came to Singapore on June 2010 after borrowing nearly S$8,000 from banks and relatives.

Mr A helps to build our BTO flats. It is due to him and many other migrant workers who toil for more than 10 hours a day under the hot sun that Singaporeans can live safely in their flats. Mr A works 6 days a week, Mondays to Saturdays, from 8am to 10pm. He works for 14 hours a day and his only rest day is on a Sunday.

On the 3rd of May 2018, while Mr A was hard at work building a BTO Flat, he suffered a fall. He informed us that while he had a harness on, he had no where to secure it in place. Even though he was not properly and safely secured, he was still expected to work. While working, he suffered a fall and fell from the 10th floor to the 9th floor. He suffered pain from the right side of his body and deafness on his right ear.

He was sent to the hospital where he was diagnosed with brain tumour on the right side of his head. He underwent surgery however; the surgeons were only able to remove a portion of the tumour as they did not want to risk further complications that would come from removing the parts of the tumour that are near to the good brain tissue.

Mr A would require radiography urgently in order to prevent the tumour from growing and to kill the remaining tumour cells. A migrant worker advocacy group has raised some money for him to undergo radiography treatment back home in Bangladesh.

Mr A informs us that he will most likely be unable to claim compensation as his tumour was not a workplace related injury. Even though he had a fall while at work, he will not be receiving any compensation and is due to return home at the end of this month. He worries greatly for his family. He will not be able to work while he undergoes further treatment and constantly worries about the welfare of his family and putting food on the table.

Ray of Hope would like to raise S$950 to defray the family’s living expenses for 3 months while he undergoes treatment in Bangladesh. Please help Mr A. He will not be able to work for many months and requires assistance during this period. He feels grieved that he will not be getting workman compensation therefore, he needs all the help he can get!

*Name has been changed to protect the identity of Mr A*

God bless you with total healing, be strong!

Hope you get well soon!