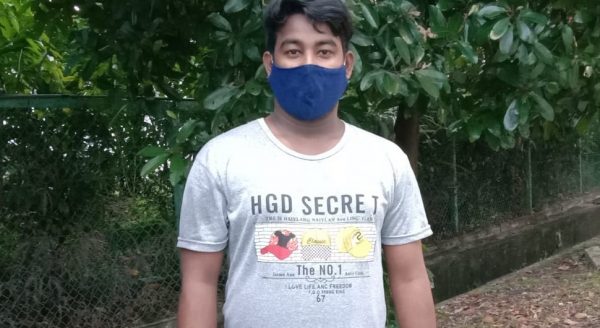 Monirul is a Bangladeshi migrant worker who supports his family of 6 back home. His mother, wife, 4-year-old daughter and 3 younger siblings are all dependent on him. He is the oldest brother and is the sole provider of the family. His younger siblings are still studying in school. He has been working in Singapore since July 2018 as a General Construction Worker and earns a basic salary of $800 per month.

On 23rd October 2019, Monirul was using an electric sawing machine to cut a pipe. He got injured after he accidentally lose control of the machine due to its faulty handle. He was then bought to the hospital to be treated. The mishap resulted in the injury of his left thumb, lumbar spine and right leg. The doctor recommended him to proceed with an MRI scan. However, his employer was not willing to pay the medical fees.

Previously when Monirul received his MC wages, he remitted most of his income for his family’s needs. Monirul and his family has depleted all their savings and currently he has no source of income as his work injury case has exceeded 1 year. With no alternative avenue to obtain income, he seeks financial assistance to tide him through the remaining period of his work injury compensation claim process. This will take at least 3 more months.

Ray of Hope would like to raise S$2,400 (S$600 x 4 months) to help with Monirul’s and his family’s living expenses. Please give hope to Monirul as he and his family are going through a very difficult time.