Father of two young children feels helpless after an accident 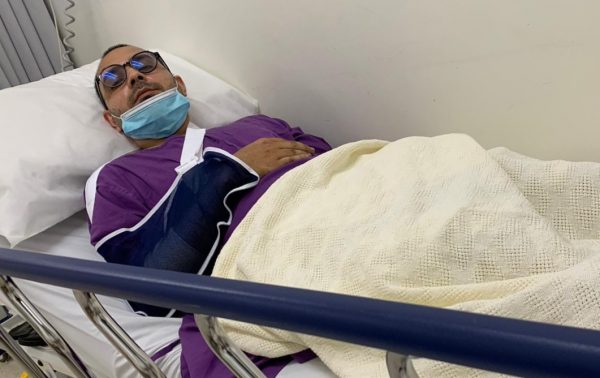 Mr Khalid is the father of two young children. He lives together with his mother, his wife, and two children aged 1 and 2 respectively. On 12 August 2020, Mr Khalid got into a road traffic accident when his motorcycle skidded due to a faulty engine. As a result, Mr Khalid injured his right collar bone and had to replace it with a metal implant. Due to the cost of his surgery, he had to take up a bank loan. He also had to pay additional fees for his medications and physiotherapy sessions. In addition, he was certified unfit for work till March 2021 by the hospital.

The father of two feels helpless about his current situation. He used to work as a food delivery rider earning about S$2,500 per month. However, his family’s only source of income now is from his wife, who is working in a fast-food establishment, and his elderly mother, who works as a part-time security guard.

Currently, Mr Khalid is trying to apply for financial assistance from the Social Service Office (SSO) and MUIS. However, his application is still pending.

Ray of Hope would like to raise $1,600 to help Mr Khalid and his family for 4 months. $400 a month will help them with their children’s milk powder and diapers.

*Mr Khalid is not receiving financial assistance from SSO.

Be brave and get will soon.