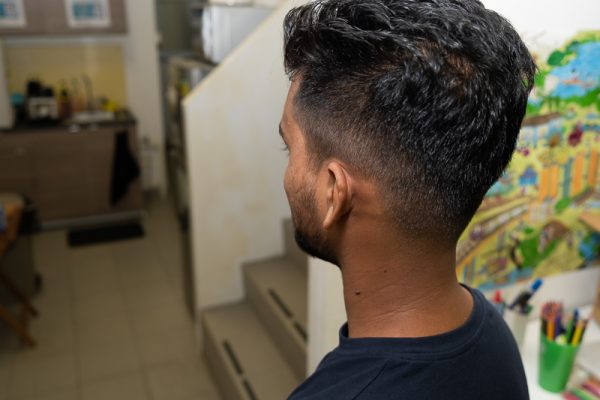 You are donating to “My family is depending on me to support them, but I have nothing to give,” through Ray of Hope

Sana, 24 years old, is the sole breadwinner of his family back in Bangladesh. He came to Singapore in September 2019 in hopes of ending the crippling cycle of poverty in his family. His family consists of his elderly grandmother, parents and his 11-year-old sister. In order to work in Singapore and better provide for his family, he needed to pay $8,000 in agent fees. He turned to borrowing money from relatives to pay the needed sum. Unfortunately, Sana experienced a workplace-related accident in October 2019, only a month after he stared work.

On 31 October 2019, Sana was moving heavy cement blocks when he tripped on the stairs, resulting the blocks to drop on his chest. He was immediately bought to a clinic to seek medical attention and was eventually sent to the hospital four days after the accident as the pain persisted. Sana was informed that his spine was no longer aligned and needed to attend monthly physiotherapy sessions. He was given one month of MC and his MC wages of $900 was paid by his employer.

In September 2020, Sana was given 10% permanent incapacity. However, his employer has objected to his permanent incapacity (%PI) and claims that the injury was not work related. Thus, his case was elevated to the court. He is currently in the process of attending pre-hearing conferences in hopes of receiving an insurance compensation payout of about $10,144 for his injury.

Sana has shared with our case workers that he is under immense stress as he never got the opportunity to send any remittances home since he came to Singapore. With no one to turn to, the sole breadwinner is worried about how to provide for his family.

Ray of Hope would like to raise $3,000 ($750 x 4 months) for Sana’s living expenses, and to allow him to send some remittances home to his family while he tries to settle his compensation issues.

Will pray for Sana to have a fair and just outcome on his injury sustained and that he can recover well to start working again, safely.

God bless you. I hope this amount helps you.