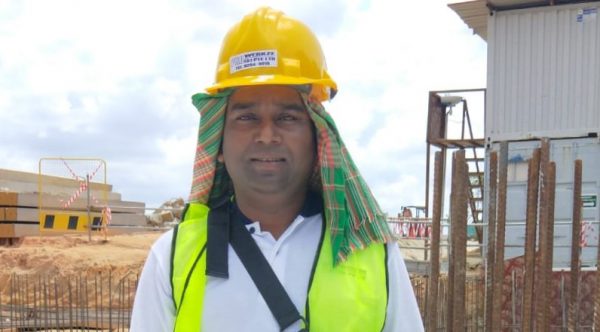 Shakil, aged 40, came to Singapore in 2006 in hope to provide a better life for his family in Bangladesh. He moved to Singapore after paying S$6,800 in agent fee (now S$8,300 with interest). However, his journey since then has not been easy. With his earnings, he provides for his ailing mother, wife, two sons aged 14 and 10, and his 6-year-old daughter. He also provides for his sister and her five children, as her abusive husband does not support the family financially.

Between 2006 and 2020, Shakil was forced to return to Bangladesh at least 8 times due to the sudden cancellation of his work permit. In his first employment as a logistic assistant, his employer did not give him 5 months of his salary. His employer eventually cancelled Shakil’s work permit. In 2010, he returned to work but was arrested when it was discovered that his employer had housed him illegally in an accommodation that was not approved by MOM. He was then barred from working in Singapore for a year. In 2012, Shakil’s employer did not pay for his levy twice and Shakil was repatriated eventually. In 2016, Shakil returned to Singapore, only to be provided food and accommodation without a basic salary.

Shakil could not have foreseen the challenging and unstable years that he would spend between Singapore and Bangladesh. His many years of work in Singapore did not translate to financial stability for his family. Shakil now works as a General Construction Worker earning $600 per month. He remits half of his salary for his family’s living expenses. However, this amount is insufficient to fully provide for his family and to repay his debts.

Ray of Hope would like to help Shakil by raising $2,800 for him and his family for 4 months. $700 a month will be used to help Shakil send remittance back home and to help with his daily living expenses.

Not all Singaporeans are unkind, sorry to hear what you have been going thru. May God bless you in the next 10 years of your working life journey.

Remain strong Shakil! Wishing you all the best

This is donated on behalf of Denzel Lee Dekai. Hope this little token goes into easing your burdens somewhat and with the best of intentions...may you have a more positive 2021 ahead!