Sole breadwinner worries about what the future holds for his family 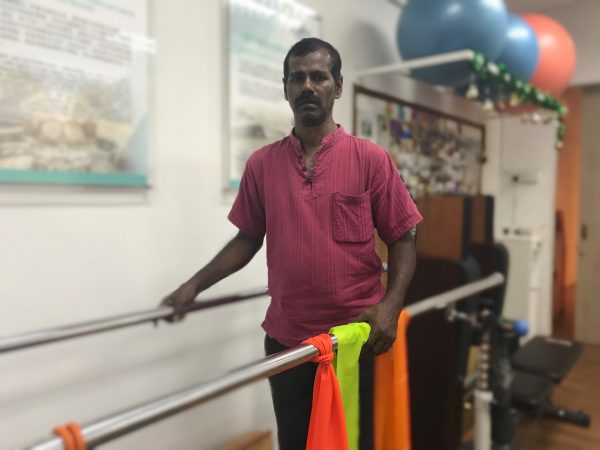 Mr Muniasamy, 56 years old, is a diligent electrical wiring worker who first came to work in Singapore from his rural village in India in 1999. He worked 6 days a week, from 8am to 5pm and earned S$1,000 per month with overtime.  Being the sole breadwinner of his family, the father of two sent the bulk of his pay back home for his family including his two school-going children.

A nasty accident on 6th November 2017 put his long service in Singapore to stop. While working, he fell very badly after a spool of wires fell on him, and this caused him to sustain injuries on his head, neck and back. He was subsequently hospitalized for seven long weeks and underwent a surgery where the doctors had put metal inserts into his neck. Now close to one year later, he still walks very slowly and in a stiff manner and his left hand grip is weak. Any hope of ever going back to work is bleak.

Although Mr Muniasamy was paid for his MC wages partially during his hospitalization, being unfit for work also meant that moving forward, he could no longer support his family and school-going children the way he used to, as he was unable to continue sending remittances home.

After the surgery, Mr Muniasamy still suffers from constant discomfort that follows him wherever he goes. His condition doesn’t permit him to sleep well and his recovery is hindered by his age as well as the severity of the accident. Mr Muniasamy is now required to attend regular treatments at the hospital, and the cost of each session is estimated at $130.

Now without a regular job and a physical condition that isn’t likely to improve, it’s hard to imagine what the future holds for his wife, two sons and himself.